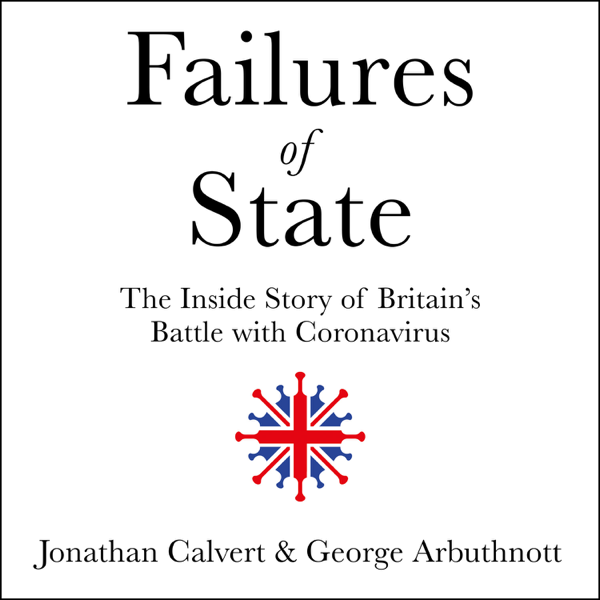 ‘This is a scandal’ Piers Morgan

Failures of State: The Inside Story of Britain’s Battle with Coronavirus recounts the extraordinary political decisions taken at the heart of Boris Johnson’s government during the global pandemic.

Meticulously researched and corroborated by hundreds of inside sources, politicians, emergency planners, scientists, doctors, paramedics and bereaved families, along with leaked data and documents, this is the insider’s account of how the government sleepwalked into disaster and tried to cover up its role in the tragedy – and it exposes one of the most scandalous failures of political leadership in British history.

In the eye of the storm was Boris Johnson, a Prime Minister who idolised Winston Churchill and had the chance to become a hero of his own making as the crisis engulfed the nation. Instead he was fixated on Brexit, his own political destiny and a myriad of personal issues, all while presiding over the UK government’s botched response to the global coronavirus pandemic. After missing key Cobra meetings, embracing and abandoning herd immunity and dithering over lockdown, Johnson left the NHS facing an unmanageable deluge of patients. His inaction resulted in the deaths of many thousands of British people and his own hospitalisation at the hands of the pandemic, yet further reckless decisions allowed a deadly second wave to sweep across the country in the autumn months with the economy on the brink of collapse.

With access to key figures at the top of government during the most tumultuous year of modern British history, Failures of State is an exhaustive and thrillingly told story – and one of the most essential pieces of investigative reporting for a generation.

Jonathan Calvert is the editor of The Sunday Times’ renowned Insight investigative team. His accolades include British Journalist of the Year and the Paul Foot Award as well as Scoop of the Year on four occasions.
George Arbuthnott joined The Sunday Times on the Marie Colvin Scholarship and is now deputy editor of the Insight team. He has won six British Journalism and UK Press Awards, including Investigation of the Year and Scoop of the Year, and has been shortlisted for an Amnesty International Award, the European Press Prize and the Orwell Prize.