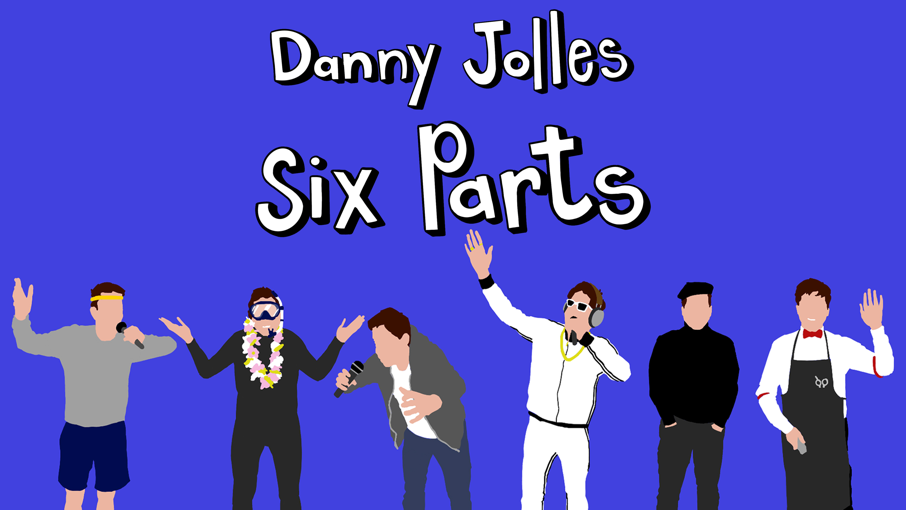 Danny Jolles is a comedian and actor who you might know from Comedy Central, The Late Show with Stephen Colbert and as the character George on Crazy Ex Girlfriend. Now, he performs his first hour special over the course of six nights in six unique venues. Filmed in a gym, barbershop, art gallery, surf shop, recording studio and a comedy club, Danny Jolles delivers his first hour in six parts.