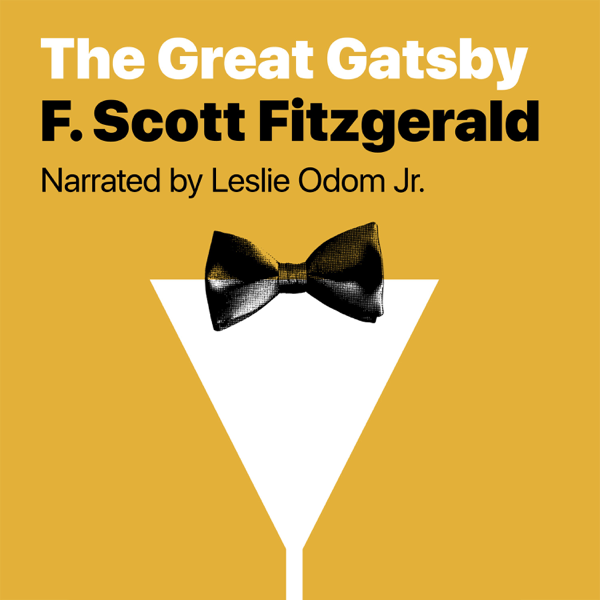 The Roaring Twenties are in full effect in the fictional Long Island beach towns of West and East Egg when Midwesterner Nick Carraway gets caught up in the orbit of man-about-town Jay Gatsby, host of some of the wildest, most extravagant parties you could ever imagine.

The Great Gatsby is a cautionary tale of wealth and excess and a bit of a scathing takedown of celebrity culture. With his mellifluous voice and acting chops, Leslie Odom Jr. is the perfect reader. He pulls us into this timeless story of an outsider looking in—and the impossible, but uniquely human, longing to return to the past.