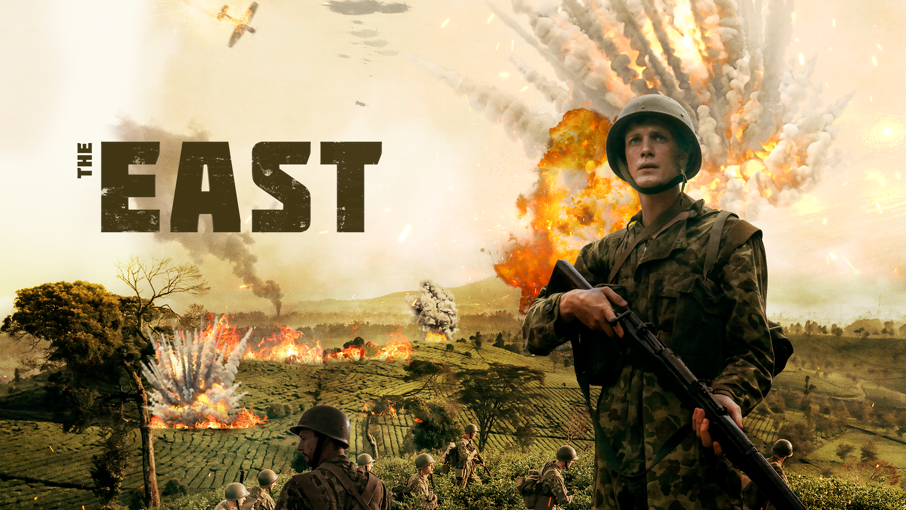 English dub available. During the post-WW2 Indonesian War of Independence in 1946, a young Dutch recruit named Johan (Martijn Lakemeier) joins an elite counterinsurgency unit led by Army Captain Raymond Westerling (Marwan Kenzari), a notoriously ruthless captain known by many as “The Turk."" When the fighting intensifies between the Indonesian freedom fighters and their colonial oppressors, the young soldier finds himself torn between duty and conscience as he begins to question -- and ultimately challenge -- his commander’s brutal strategies to suppress the Indonesian resistance. An epic and suspenseful war film based on true events, director Jim Taihuttu's The East brings to light a dark, untold chapter in the interconnected history between the Netherlands and Indonesia.