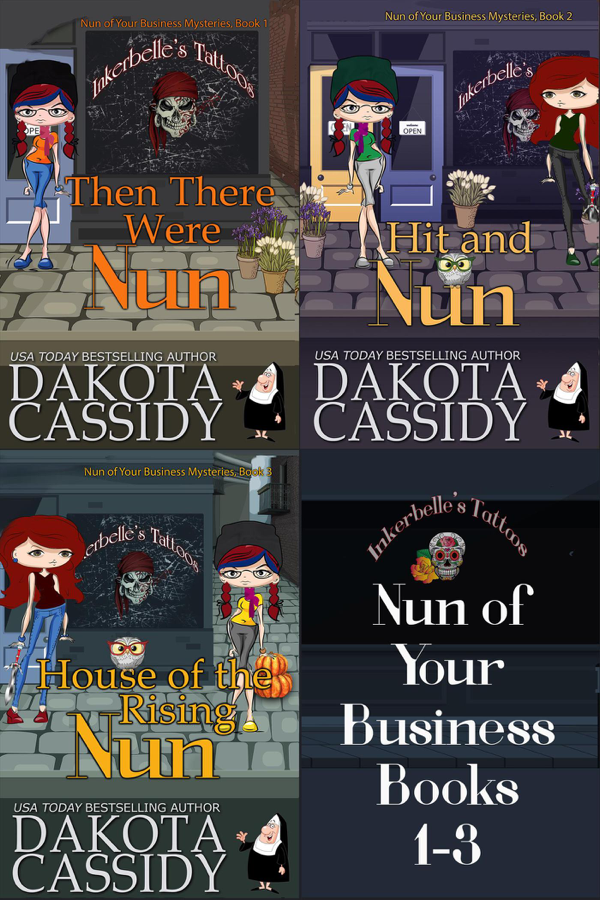 Join ex-nun Sister Trixie Lavender, currently possessed by a demon, her demonic pal Coop, a talking owl, and a cast of quirky characters as they solve mysteries while running Inkerbelle's Tattoo Shop in the heart of Portland, Oregon!

Books included in this collection:
Book 1 Then There Were Nun
Book 2 Hit and Nun
Book 3 House of the Rising Nun

Then There Were Nun
My name is Sister Trixie Lavender, and I'm an occasionally possessed excommunicated nun. But I have help. My amazing friend Coop—the demon who saved me from an ugly end—remains by my side, loyal and true. She was Hell's best tattoo artist back in the day, and together with my designs, we're opening Inkerbelle's Tattoos and Piercings, right in the heart of Portland's most darling district, Cobbler Cove.
Of course, our bid to fit in would be a little less rocky if I could help Coop assimilate with humans, keep a lid on our sassy talking owl, Livingston…oh, and if someone hadn't killed our landlord on day one—in our shop.

Hit and Nun
My demon buddy Coop and I, along with our sassy, talking owl Livingston, have settled nicely into our newly opened shop, Inkerbelle's Tattoos. We've found our groove, our clientele is growing, and everything's pretty great.
That is, until Portland's World Naked Bike Ride finds us smack dab in the middle of another murder mystery! Yep, you read that right. Naked people. On bikes. It ain't pretty. And even less so when a dead, bare biker lands right on our doorstep!

House of the Rising Nun
When we're invited to a Halloween party at the Peach Street Shelter, how can we resist spending some time with our favorite ex-undercover police officer turned shelter owner Higgs, on a day that involves candy and costumes?
Unfortunately, the day also involves a murder, a spooky urban myth spreading like wildfire among the homeless population about an organ-stealing-madman, and of course, my testy and unpredictable demonic possession…

Join me, Coop, Higgs and the rest of the gang as we relentlessly hunt for answers to the murder of a local dentist and the legend of The Organ Grinder! 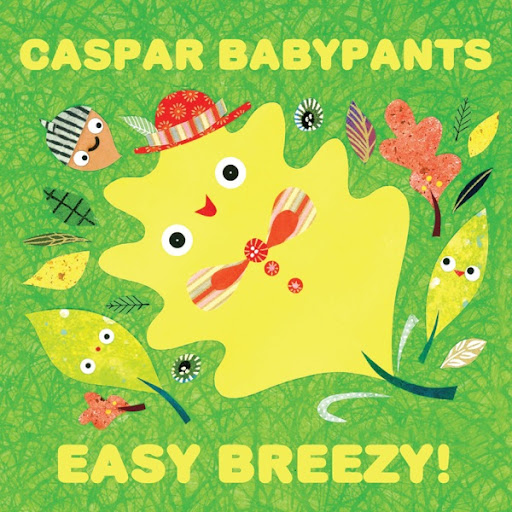 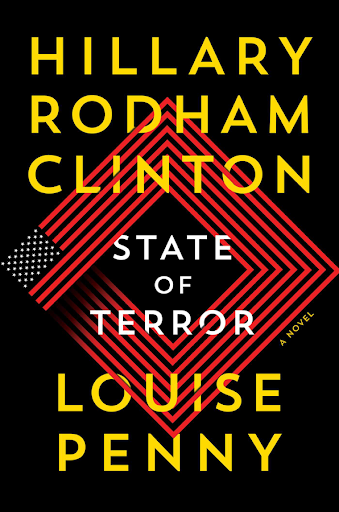