In Trump Time: A Journal of Americas Plague Year (Unabridged) 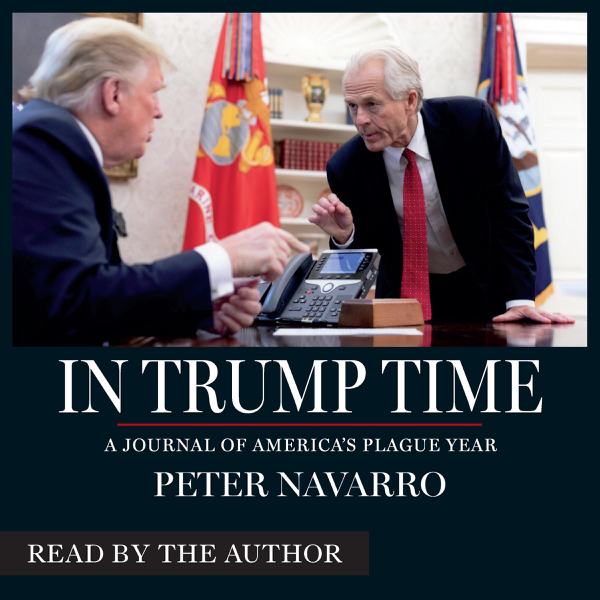 In Trump Time: A Journal of Americas Plague Year (Unabridged)

Read by the author, In Trump Time is the definitive insider’s account of America’s plague year in the Trump White House. This innovative audio presentation features the voices of numerous other people appearing in the book, from Corey Lewandowski, Steve Bannon, and Dr. Steven Hatfill to Anthony Fauci and President Trump himself.

In Trump Time unmasks Fauci's deadly actions, provides stunning “Green Bay Sweep” clarity to the violence of January 6, lays bare the facts about the 2020 presidential election and its aftermath, and reveals what really happened at a Communist Chinese bioweapons lab in Wuhan.

This riveting, must-hear account comes from the top Trump advisor who first sounded the China pandemic alarm and who played an instrumental role delivering a vaccine and PPE to the American people in one of our darkest hours.

Peter Navarro is one of only three White House officials by the president's side from the 2016 campaign to the end of the president's first term. Always moving in Trump time as was his signature, Dr. Navarro played a pivotal role in the rapid development of both vaccines and therapeutics like Remdesivir. As Defense Production Act policy coordinator, Navarro was at the center of ramping up domestic production of critically needed personal protective equipment while helping President Trump insure that every American who needed a ventilator had a ventilator. This compelling audio presentation races along delivering new revelations in every chapter.